We've just wrapped up a 450-page issue and have finally cleared the decks.

Verse will open to submissions again this summer.

The submissions process will be different than before.

Stay tuned for details.
Posted by Verse at 10:26 AM 2 comments:
Email ThisBlogThis!Share to TwitterShare to FacebookShare to Pinterest

UPDATE May 6: We've just sent out over 30 boxes (1000 copies) of Verse and have pretty much depleted our stocks. Thanks to everyone for their interest and for putting the magazine into students' hands.

UPDATE May 2: We're currently sorting through boxes and sending them out. We have more than a dozen requests outstanding, and we'll proceed to fulfilling those as soon as we've caught up. Thanks for your patience.

UPDATE Wednesday: If you requested a classroom set but didn't leave an email address or mailing address, please submit another comment and leave an address. We have 20+ boxes going out, and are looking through the stacks to see what's left. There are another 10 or so requests outstanding, and we hope to accommodate those.

[UPDATE (9pm Monday): We still have a couple of boxes of the issues listed below. When we run out of these issues, we will offer more classroom sets of different issues in the near future. In the meantime, if you are a high school teacher and are not looking for a particular issue, we definitely can send you something. We've been especially delighted by the response from high school teachers around the country, though we're also delighted to send copies to college courses. When you comment, please include an email address or mailing address so we don't have to publish your comment to get in touch with you. ]

We need to clear out some storage space, so we're offering free classroom sets (entire boxes) of Verse to the first 20 instructors (of literature and/or creative writing, at any level, in any setting) who request them. While we cannot guarantee specific issues, we'll try to meet any special requests. Verse will cover shipping costs, too. We just ask that you put the magazine into students' hands, gratis.

John Findura / on Jennifer L. Knox’s A Gringo Like Me

Maxine Chernoff / He Picked up his Pen in her Defense

G.C. Waldrep / What Lived in our Mouths

Katherine Hollander / on Timothy Liu’s For Dust Thou Art

Paul McCormick / A Few Ways Forests Can Change Over Time

Joshua Corey / on Gustaf Sobin’s The Places as Preludes

Michael Hansen / Sonnet for a Picture

Brandon Shimoda / on Sawako Nakayasu’s nothing fictional but . . .

Sarah Mangold / Life as the Emperor

Barbara Hamby / A Birdman to You, Baby

Natasha Kochicheril Moni / In the end it is always the books,

Ethan Paquin / on Thomas Merton’s In the Dark Before Dawn


To request a classroom set, submit a comment below (it won't be published, but we'll record the request) or email Brian.
Posted by Verse at 6:22 AM No comments:
Email ThisBlogThis!Share to TwitterShare to FacebookShare to Pinterest 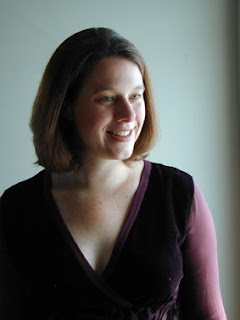 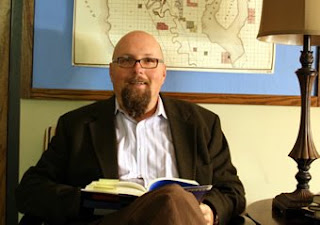 Laura Sims is the author of two books: Practice, Restraint and the brand new Stranger, both from Fence Books.


L.S. Klatt's first book, Interloper, won the Juniper Prize and was just published by the Univ of Massachusetts Press.


Book signing and Q&A after the reading.

Free and open to the public.

For directions: http://www.richmond.edu/visit/directions/
Posted by Verse at 8:18 AM No comments:
Email ThisBlogThis!Share to TwitterShare to FacebookShare to Pinterest